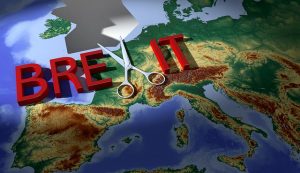 The Road Haulage Association (RHA) is standing by its claims that the volume of exports going via British ports to the EU plummeted by 68% last month, despite a government statement to the contrary.

The RHA’s calculation, made against the same time last year, is based on a survey of the association’s haulage members that showed 65%-75% of trailers from the EU were going back empty in the same period.

Richard Ballantyne, chief executive of the British Ports Association (BPA), said the RHA’s figure of 68% was ‘broadly in line’ with BPA’s calculations.

The RHA sent in a letter to Cabinet Office minister Michael Gove on 1 February with its findings. The letter also accused Gove and his officials of ignoring calls from the RHA to take measures to avoid this situation, made months before Brexit.

The Cabinet Office posted a rebuttal. ‘We do not recognise this figure and further details from the survey have not been shared,’ it stated. ‘Flows are monitored on a daily basis by the Border Operations Centre. In the last full week (30 Jan to 5 Feb) both outbound and inbound flows (across all UK ports) were close to normal, at 95% outbound and 96% inbound, in spite of the impact of Covid lockdowns on trade. For the same week, flows outbound specifically across the Short Straits were at 82%.’

However, in a statement, the RHA said it stood by the results of its survey, adding that the government’s own calculations show a significant fall in trade across the Channel and the Irish Sea.

UK ‘To Row Back On Full EU Border Checks’

Increasing the speed limit of HGVs to 60mph has had no impact on safety, according to a UK government report. Issued by the Department for Transport, the report is the third and final assessment into […]

P&O HAS launched a new initiative to support the wellbeing of freight drivers and raise awareness of their invaluable contribution to the economy, offering free food, discounts in onboard shops and cabin upgrades, so freight […]