Advice aimed at helping operators stay on the right side of new tax laws has been published by HMRC today (15 February), writes Carol Millett.

The briefing document sets out how it will monitor organisations engaging drivers and other contractors who work through their own limited company when new tax rules kick in.

Under the updated IR35 rules, from 6 April large and medium-sized haulage companies – with net turnover of above £10m or 50 or more staff – will no longer be able to hire drivers that work as limited companies.

Instead drivers will need to be employed as a PAYE worker – either by the haulier, the agency or via an umbrella company.

An HMRC spokesperson said: ‘Today’s publication explains how we will continue to support organisations to comply with the off-payroll working rules, once they take effect on 6 April 2021.

‘It also shows what HMRC will do to identify and step in where organisations deliberately try to avoid paying what is due under rules.’

Go to the current issue of Transport News for more information and go to this link for the briefing: HMRC IR35 Information. 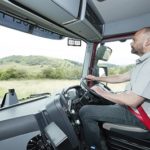 Software specialist FleetCheck has urged operators to add coronavirus measures to their fleet risk management policies. The call comes after the government issued a new document – ‘Working Safely During Covid-19 in or from a […]

The Department for Transport (DfT) has relaxed the rules for lorry drivers whose Driver CPC runs out after 1 March 2020. In a statement the DfT said: ‘During the coronavirus outbreak it may be difficult […]