THE TIME has come for government to put the politics of Brexit to one side and share its full impact assessment for a No Deal departure from the EU, according to FTA.

After a leak of the government’s own Operation Yellowhammer report into the potential impact of the UK leaving the EU without a deal, FTA’s James Hookham is in no doubt that the government needs to start rebuilding trust with the logistics sector by sharing its full contingency plans:

‘Some of the scenarios leaked in the Operation Yellowhammer report came as a surprise to the industry, despite FTA’s conversations with government since Article 50 was triggered. Some areas of concern which have never previously been mentioned would have a significant impact on the way the country conducts business.

‘For the past three years, the trade associations have been pressing government for clarity on the trading environment they will be working in once the UK leaves the EU, but with limited success. Following the recent revelations in the media, it is disheartening to discover that the government has been concealing the facts which business needs in order to keep Britain trading effectively.

‘The news that fuel supplies could be impacted is particularly worrying, considering this would affect the movement of goods both domestically and internationally. As an industry, we remember the impact of the 2000 fuel strike well, and the chaos which it caused, both for business and for individuals,’ recalled James Hookham.

is unrealistic at best.

And the Road Haulage Association is concerned that there is still much to be done to get businesses ready for Brexit, even although the government has finally announced that it will automatically enrol firms in a customs ID system.

HMRC will allocate Economic Operator Registration and Identification (EORI) numbers which will allow firms to continue trading with EU businesses after Brexit.

RHA chief executive, Richard Burnett has long called on the government to take this action but warns that firms still don’t have the clarity they need to fully prepare for a ‘no deal’.

‘This is a long overdue move that will keep UK businesses trading with customers and suppliers in the EU, but it’s only the beginning of the process. Traders still aren’t getting the information and support they need to tackle the customs formalities they’ll be facing after Brexit,’ he stressed. 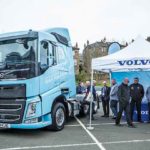 Are You Ready For Glasgow’s Low Emission Zone? 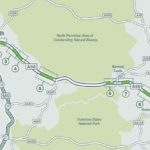 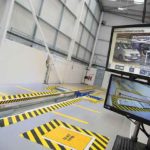 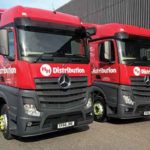