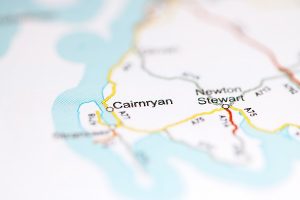 There are almost 50% more trucks using the A75 between Stranraer and Gretna than there are on average across the Scottish Trunk Road Network, according to the Scottish Government.

A Freedom of Information (FOI) enquired about ‘the national average of HGVs on the Scottish Trunk Network’ and specifically the ‘HGV percentage on the A75, and A77 trunk roads’.

While no specific reason was attributed to the higher figures on the A75, it is a main route for traffic heading up from England to use the ferry terminals at Cairnryan.

Campaigners have long demanded the A75 be upgraded, and for the national speed limit for trucks on single-carriageway A-roads be raised from 40mph to 50mph, to match existing speed limits in England and Wales introduced in 2015.

Transport Scotland is waiting for a third and final report from the Department for Transport (DfT) reviewing its original change in road speed legislation. Only then will Transport Scotland make a decision, although it is running a similar 50mph HGV speed limit trial on the A9.

An additional question comparing these figures with to the English Network was not answered as Transport Scotland said it did not have the relevant information.

However, the DfT published (June 2019) provisional estimates for motor vehicles on UK roads for a rolling 12 months ending March 2019, which showed HGVs represented 5.2% of all road traffic. 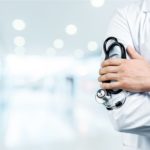 As hauliers start to furlough employees, we look at what that means for you. Until recently, few people had heard of ‘furlough’, yet the impact of coronavirus on business and the economy means that in […]

Hauliers across the UK have reported that the majority of their fleet is still up and running. To measure the impact of the Covid-19 lockdown on the transport and distribution industry, Transport News (with its […]

Advice aimed at helping operators stay on the right side of new tax laws has been published by HMRC today (15 February), writes Carol Millett. The briefing document sets out how it will monitor organisations […]