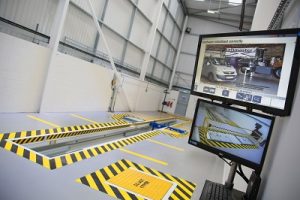 The Driver and Vehicle Standards Agency (DVSA) has announced that truck testing will restart from 4 July for those vehicles given exemptions at the start of the coronavirus lockdown.

Since 21 March, trucks and trailers requiring an annual test have been issued three month MoT exemptions.

For operators in Scotland the situation is not so clear. DVSA added that it will not be able to restart testing at some of the authorised test facilities (ATFs) in Scotland immediately, and that ‘further information will be provided to those ATFs’.

If operators want a voluntary test before then, they may have to travel a bit further, DVSA added.

‘In August, vehicles which have already received an exemption will need a test. All other vehicles due for a test in August will receive a three-month exemption. When those exemptions expire, vehicles will need to be brought in for test.’

DVSA said it will increase ‘the availability of testers over the coming months, in line with social distancing and the latest Government guidance’. 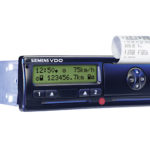 DVSA ease pressure on workshops by suspending all tachograph calibrations

Government review of truck testing could open the door to privatisation

The DVSA has confirmed it will add questions to the HGV driver theory test about class VI mirrors, after a coroner raised concerns about the risk of deaths being caused on the roads. In a […]

People will be able to attend public inquiries and other hearings in person from Monday 6 July, with social distancing measures in place. The Traffic Commissioners for Great Britain announced that in-person tribunal hearings are […]

A ‘No Jab, No Job’ Minefield

NEWS THAT Pimlico Plumbers is to rewrite the employment contracts of its 250 employees and require them to be vaccinated against coronavirus, or lose their jobs, is causing a ripple of uncertainty to spread through […]