DAF IS continuing the development of its fully electric trucks following field operational tests of the CF Electric that began in 2018 with Dutch and German customers, after which the second generation, equipped with new software and a new dashboard, went on sale last year.
The DAF CF Electric is primed for zero emissions and quiet use in urban areas, as well as general distribution and waste collection. DAF currently offers the CF Electric as a 4×2 tractor (GCW: 37 tonnes) and as a 6×2 rigid with steered trailing axle for increased manoeuvrability (GVW: 28 tonnes).
In the newest generation of CF Electric vehicles, a new development is the lithium-ion battery pack with a capacity of 350kWh (315kWh effective capacity). In addition to being more powerful, the battery pack is also much lighter, no less than 700kg, which translates directly into higher payload. 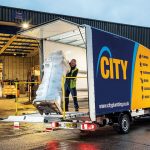 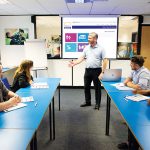 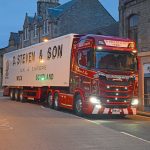 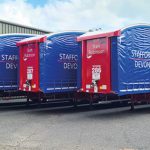