PREPARATIONS for large-scale production of MAN electric trucks in Munich are on track: In the first 12 months since the innovative eMobility Center was established at its main plant, MAN Truck & Bus has rolled out 20 prototypes of the heavy-duty eTruck, testing future mixed series production with conventional trucks under real-life conditions.
“Our heavy-duty eTruck is scheduled to roll off the production line in Munich in early 2024. To this end, we are now training employees in high-voltage technology and making our production more flexible,” said Alexander Vlaskamp, CEO of MAN Truck & Bus.
“The production of electric trucks in large industrial quantities requires new production processes. Compared to the conventionally powered truck, the electric truck differs in terms of new components such as the electric battery and motor as well as high-voltage components and cables. In addition, conventional and battery-electric trucks will be produced on the same production line in the future.” 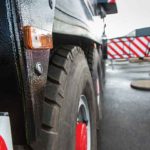 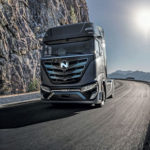 DPD to create 6,000 new jobs amid boom in e-commerce