THE ROAD Haulage Association has called on political parties to put road freight at the heart of transport policy in the run up to the general election.

• The economy needs a modern, efficient road network to get goods from A to B as quickly as possible. He called on the new government to match that ambition with sufficient investment which also improves facilities for lorry drivers making those vital journeys.

• On fuel duty which is still the highest in Europe, he said: ‘An essential user rebate of around 15p per litre to bring the UK into line with Germany would reduce operating costs and make British firms more attractive in the domestic and international markets.’

• A new government must make pragmatic plans to achieve net zero carbon targets which meet the needs of people and businesses. He called for a review into the ‘ill considered’ DEFRA Clean Air Zone Framework which sees hauliers hit with £100 daily charges for delivering into city centres.

• ‘Reforming the Apprenticeship Levy is key to attracting new people into the sector as it faces a driver shortage of 60,000. Approved apprenticeship standards don’t match the needs of haulage firms, nor do they cover the cost of training drivers,’ he said.

• On Brexit he reiterated the RHA’s long standing call for a deal and transition period: ‘Firms breathed a sigh of relief that a damaging ‘no-deal’ was averted, in October but the uncertainty continues. The new government must do everything it can to get business ready for the UK’s departure,’ Richard Burnett stressed. 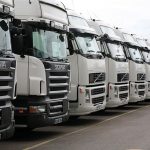 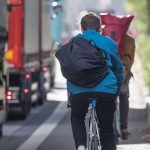 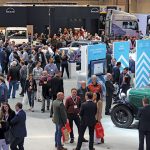 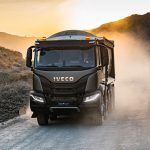