AN ESTIMATED three million of the commercial vehicle driving jobs in the UK are tied to trading with the EU. So, in the face of a changing legislative and employment landscape after Brexit, the transport sector has to deal with important issues, sooner rather than later, suggests David Crawford.

‘These will include border controls impacting on the movement of labour and goods together with a shift towards engaging different ways to haul or move goods to and from Western Europe and far distant markets. Significant changes in the industry are also likely to manifest themselves in the shape of recruitment shortages.

‘Transport and logistics are vital infrastructure industries, contributing massively to keeping the wheels of UK plc rolling. Combined, they represent the third largest employer, so any consequences of Brexit will, in turn, affect our economy as a whole. 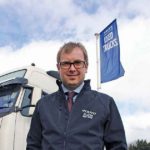 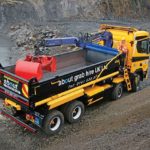