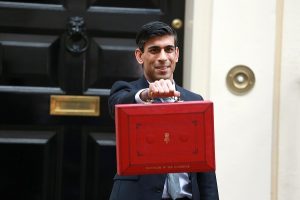 Transport organisations have welcomed the Chancellor of the Exchequer’s series of measures to get the economy back on its feet but warned that more was needed to prevent job losses.

Rishi Sunak announced a £160bn support package, which includes supporting over a million businesses through grants, loans and rate cuts. He said that as the UK entered the second phase in its recovery from the coronavirus pandemic, he would support jobs by focussing on skills and young people and to create jobs in every part of the country.

A £1,000 job retention bonus will be introduced to help firms keep furloughed workers, with the money paid for each furloughed employee still employed as of 31 January 2021.

A £2bn ‘Kickstart Scheme’ was also announced, which is designed to create hundreds of thousands of jobs for those aged 16-24 and companies will be given £2,000 for each new apprentice they hire under the age of 25.

Elizabeth de Jong, FTA policy director said there was “great news” for logistics in the Chancellor’s plan and that protecting jobs in the sector was a priority.

But she added: ‘While we welcome the increased training of younger people proposed in his speech, we are hoping for further initiatives to re-train those of all ages who have been made redundant.’

The SMMT welcomed moves to safeguard jobs, but chief executive Mike Hawes added: ‘It’s bitterly disappointing the Chancellor has stopped short of supporting the restart of one of the UK’s most important employers and a driver of growth.’

The Driver and Vehicle Standards Agency (DVSA) has announced that truck testing will restart from 4 July for those vehicles given exemptions at the start of the coronavirus lockdown. Since 21 March, trucks and trailers […]

NEW heavy goods vehicle (HGV) registrations dropped by 32.2% in 2020, according to figures by the Society of Motor Manufacturers and Traders (SMMT). The decline, which led to the weakest demand since 2010, is attributed […]